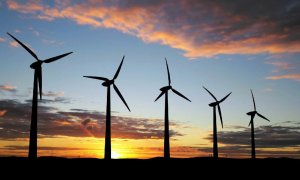 As the Minister of Energy Nurlan Nogayev said during the Government meeting, international auctions in electronic format with a total capacity of 1.5 GW were held for renewable energy projects in 2018 - 2020.

For 3 years, 25 auctions were successfully held. The auction was attended by 172 companies from 12 countries, such as: Kazakhstan, China, Russia, Turkey, Germany, France, Bulgaria, Italy, the United Arab Emirates, the Netherlands, Malaysia, Spain.

The auction system made it possible to achieve a significant reduction in prices for "green" energy. The maximum reduction in tariffs for individual projects was 64% for solar power plants, 30% for wind power plants and 19% for hydroelectric power plants.

As a result of the auction, 58 companies signed contracts with the single buyer of renewable energy (Settlement and Financial Center) for 15 years for a total capacity of 1 219 MW. Since the operation of the Settlement and Financial Center, about 626 billion tenge has been attracted to the renewable energy sector and about 81 billion tenge in taxes will be paid from the constructed facilities.

The Minister noted that in recent years, work has been carried out to attract investment to the sector by signing a number of agreements and memorandums with international financial institutions and organizations in the amount of about 240 billion tenge (or 613 million US dollars).

Investors from 10 countries of the world, as well as major financial organizations such as the EBRD, the ADB, the Asian Infrastructure Investment Bank, and the DBK are currently working in the "green" energy sector. Also, major oil companies, such as Eni, Total-Iren, which have already implemented projects in Kazakhstan and have plans for further development of renewable energy projects, came as investors.